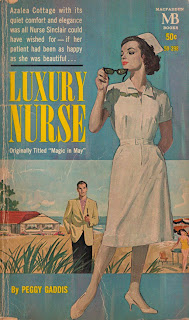 “You’re sound, Sally, very sound,” Dr. Garry Linton told her. Nurse Sinclair laughed. “Are you talking about a nice big russet apple, or me?” she asked. But she was troubled. He said he loved her, but did he? And now she would be away nursing Lisa Cannon for three long months, Lisa, whose high-strung disposition and self-pity made her as unpleasant to be with as she was lovely to behold. But Sea Island was a magical isle and Sally Sinclair was determined to explore all of the magic of it. It began when she discovered the exquisite miniature village—a Lilliput town—which Allen Blaisdell had built. After that, everything seemed to change, as if Sally had found the key to the secret garden, to Lisa’s recovery, and to her own heart.